Flutter vs React Native: Which One is The Best for Development in 2022

You’re ready to build a kickass app for your business. But, which technology should you go for if you’re looking for cross-platform development at lower costs? Flutter? Or React Native?

According to Statista, Flutter and React Native have been amongst the most popular cross-platform technologies for mobile app development over the last two years. The adoption rate continues to rise, and they have begun to surpass their competitors.

However, they both have their differences and pros and cons. Before beginning your project, you must have a clear understanding of these aspects to make a smart choice.

Let’s see who’s the winner in 2022 in terms of performance and more: React Native Vs Flutter.

React Native vs Flutter: At A Glance

What Is React Native?

React Native was created by Facebook in 2013; it had started as an internal Facebook project and its preview was released in January 2015 during the React.js conference. Facebook launched React Native in March 2015 and it became available on GitHub.

That said, it is important to understand that applications created with React Native are not web apps. React Native is used to developing regular Android and iOS apps by using JavaScript and React instead of Java or Kotlin.

React Native is used for:

There are many successful apps that are built using React Native. Here are some of those that most of us use as often as every few hours!

Flutter, Google’s mobile app SDK, is used for smooth and quick cross-platform mobile application development. This means there’s no need to create separate apps for separate platforms like Android and iOS. Flutter, and other frameworks, apply one codebase for both platforms.

This is very similar to React Native in the sense that React Native is also a cross-platform mobile application development framework that uses one codebase and negates the need for creating separate apps for separate platforms.

Some popular apps that use Flutter are:

Pros and Cons of Flutter and React Native

When compared to React Native, Flutter applications perform better. It does not need a bridge to interact between the native modules since native components are already available.

For instance, a simple “hello world” program would give 60 frames per second and render each frame in less than 16 milliseconds in Flutter.

Frames were dropped in smaller numbers. Flutter utilizes the Skia graphics package that enables the user interface (UI) to be repainted with each change in the application’s view. It’s no surprise that Flutter is able to run effectively at 60 frames per second.

When compared to Flutter, the performance of React Native is noticeably worse. As previously mentioned in the cons list, this is due to the JavaScript bridge being utilized to connect native components. Flutter’s “hello world” program dropped far fewer frames per interval than React Native’s “hello world” app.

The application stutters when it takes more than 16 milliseconds to render a program. Third-party libraries like Proguard, which further optimize bytecodes, may increase the speed of your program.

It’s easy to get started with animation in Flutter because of its simple tools, elements, and even custom widgets.

As part of Dart, there is a feature called generational garbage collection that helps to create UI frames for transient object codes. Thanks to this feature of Dart, it is possible to eliminate UI clutter, garbage, and animation slowness throughout the development process.

React Native has different UI packages like React Virgin, Shoutem, and Ant Design that make it harder to build uniform designs across platforms. This is also because Android’s Material Design and iOS’s Style Design are constantly evolving, making it difficult for React Native to stay up.

Flutter has a multilayered structure. Root functions, or platform-specific widgets, provide the foundation of a basic application built on it. Basic widgets that integrate with the platform and renderer layers are then added on top of that layer.

The animation gestures that transport API requests to the program’s foundation are located just above the rendering layer of the application. Platform-specific embedder like A C/C++ engine is used to execute Scaffold.

Flutter BLoC is an option if you want to keep the presentation layer distinct from the business logic. This design enables professional and novice Flutter developers alike to construct sophisticated apps with simple components.

But on Android, JavaScriptCore is included as part of the application. The native functionality may be improved, but the app’s size will inevitably go up, perhaps causing performance difficulties or device latency.

Flutter is not yet capable of handling complicated tasks. But it can be used to make prototypes and test your concept quickly. That’s why many startups consider flutter as a viable option for developing Minimum Viable Products (MVPs) (MVP).

React Native can be used to build complicated native applications. However, it’s vital to keep in mind that this is only likely to be viable if you combine React Native with native app development.

At that point, it is more likely that your app will be hybrid than cross-platform at that point. Complex React Native apps require not only Javascript but also native development skills to be built.

Getting started with Flutter Flutter isn’t that difficult. Writing code in Dart is a unique experience, but it makes working with Flutter a lot more straightforward. Beginners require just a minimal familiarity with native Android or iOS programming to get started with this framework. Developers praise the documentation of Flutter because it is more user-friendly than that of React Native.

If you have Javascript developers, learning React Native will be a breeze. However, web development is distinct from mobile app development, which makes it difficult for mobile developers to learn and implement the framework. There are a number of libraries and tutorials for React Native that can make the learning process easier.

Flutter’s smallest hello world app weighed in at around 7.5 megabytes. The virtual machine of Dart and the C/C++ engine determine the size of this project using Flutter. But Flutter is able to self-contain all of its code and assets so that it does not have to worry about the size. The code is also made smaller by using tags like “split-debug-info.”

When native dependencies were included, the Hello World app’s size in React Native grew to 13.4 MB, from its original 7 MB size. You can reduce the size of the app using a tool like Proguard or by auto-generating all native and external libraries into separate builds.

When we think of React Native Vs Flutter, the choice is tough. The thing is that both of the platforms are truly exceptional and can give your business a quick and smooth app.

Here’s how you can decide which of the two is best for your business.

Between, React Native Vs Flutter, whatever you may choose in the end, we recommend a discussion with an experienced developer or developers to get the best idea. However, know that both of these frameworks are excellent for cross-platform app development and none is going to disappoint you in the end.

The overall cost of your app development will depend on the scope and complexity of the app; team composition, type of engagement (contract vs full-time), as well as location of the developers.

Since Flutter is often more suited at an early stage to build a prototype with a comparatively lesser average developer salary, you might want to opt for it if you have budget constraints.

It is safe to conclude that the choice between Flutter and React Native will depend on your project scope. Flutter is a fantastic tool for rapidly prototyping and working collectively on projects. On the other hand, building simple native and cross-platform apps with React Native is a breeze.

You can go for Flutter if you have a limited budget and your concept does not need full native capabilities. But if your goal is to create small and fast native apps with asynchronous build and responsive user interface, React Native might be a better choice.

Whatever be your choice, DistantJob can help you hire skilled Flutter developers, as well as React Native qualified developers. Get in touch with our team and we can help you find the perfect match! 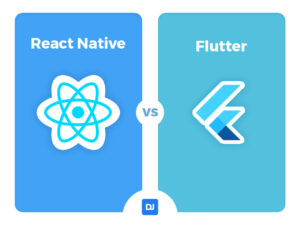 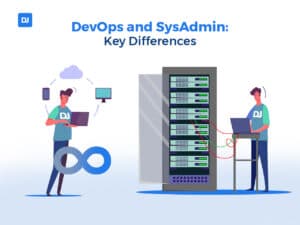 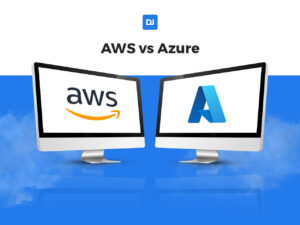 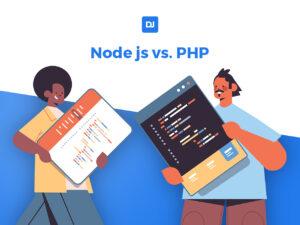