Mobile devices have become a staple of people’s day-to-day living, and brands are keen to take advantage of this fact by building applications that target these platforms so they can increase their reach. The Android and iOS platforms each require different development skill sets, so mobile development teams have increasingly turned to more flexible hybrid solutions, such as Xamarin, to meet these demands.

Xamarin is a great tool to build, test, and distribute apps with both Android and iOS while being fully .NET, so companies are constantly on the lookout for Xamarin developers for hire. If you are one of them and are looking to hire a Xamarin developer for your own business or are just curious about this technology and why it is so important in the world of mobile app development, then you’ve come to the right place.

In this article, we’ll explore Xamarin and why it is so important to have someone skilled in it in your mobile development team.

Why Is Xamarin Important For Your Business?

If you’ve never heard of Xamarin before, you may be wondering: Why is it so important? Why hire Xamarin developers for your project at all?

Xamarin is a hybrid mobile development platform allowing development teams to create and deploy cross-platform mobile applications with a single code base. It is built on top of .NET technology (written in C#) and contains a vast array of tools and libraries to create native applications suitable for Android, iOS, and Windows operating systems.

Xamarin brings 4 main advantages to app development, which is why it’s so appealing to work with::

What Does A Xamarin Developer Do?

Xamarin developers focus on designing, developing, and testing mobile applications on Android, iOS, and Windows operating systems. Whereas previously, you’d need separate Java, Swift, and C# developers to build the functionality of your app for each of these platforms, you can now employ a single Xamarin developer that creates the app’s backend with a single language and reuse the existing code in all applications.

Xamarin developers come mainly in two types, each with its own sets of responsibilities:

Depending on the needs of your team and the scale of your project, you can hire dedicated Xamarin developers who program the app’s features and design its user interface, or instead, you can hire Xamarin app developers that tackle both these disciplines at once.

Here are their main responsibilities:

Here are the key skills you want to look for when assessing the best Xamarin developer among your candidates:

1. Knowledge of C# and ASP.Net

Xamarin enables C# developers to build apps for Android, IOS, and Windows. So, when interviewing candidates, one of the essential skills they should have is proficiency in C#.

You can also filter candidates by asking them about Model-View-ViewModel (MVVM). Cross-platform app development frameworks are based on MVVM,  a software design pattern, so all Xamarin developers should have a solid understanding of it.

Xamarin provides extensive support to APIs and third-party libraries. You could ask candidates about previous projects to understand their familiarity with these helpful options.

3. Reusability of Code Across Platforms

As explained, Xamarin can create apps for both Android and IOs platforms, but there is some setup required if you want your code to work on both platforms at once. Skilled Xamarin developers would have no trouble describing how they reutilize the code set from one platform to another.

One of the best ways to understand how a candidate works and their level of knowledge is through their previous work and learning experience. And we don’t necessarily mean that they must have graduated from top colleges and taken expert-level courses. But a successful developer never stops learning. Ask them about what resources they seek when getting stuck or which are their favorite websites to learn about something in particular. Also, ask about their previous work and see what they have created in the past.

If you’re looking for experts in a specific platform to integrate into your team, such as Android, ask them about previous Xamarin Android development ventures. The same goes for iOS development, of course. Even previous development in native apps for these platforms helps here, as some concepts from native platforms still apply in Xamarin development.

How to Hire a Xamarin Developer in 2023

Finding the right candidate requires you, in the first place, to decide what type of developer works best for your team: in-house, freelance, or fully remote.

Here are some questions to help you choose the right hiring path:

Let’s go over the pros and cons of each type of candidate:

When compared to freelancers and in-house developers, hiring a remote developer is, in most cases, the better option. You can recruit talented Xamarin developers from different countries and see who fits your company the best. Your office could be in Texas, and you can perfectly hire a full-time remote developer that lives in Eastern Europe.

So how does the hiring process go about in this case? Here’s a list of the basic steps to hire Xamarin developers:

1. Determine Your Needs And Requirements For Your Developer

Think about the kind of candidate you need for your projects. What other technologies should they be familiar with? What tasks will the developer perform? Create the profile of your ideal candidate by listing all these requirements and responsibilities.

2. Post A Job Opening On Job Networks And Other Online Communities

Take your list and write an appropriate job description. Post this description to job boards and other websites such as LinkedIn. You shouldn’t only wait for candidates to apply to your position but also actively look for people that could be good fits and ask them if they’re interested. Many people can be open to a job change but not declare it publicly or chase it actively.

Now that you have a list of possible candidates, it’s time to start analyzing their skills and competencies and see which ones best fit what you’re looking for. Usually, this will entail a chain of interviews, technical interviews, and coding challenges. At the end of this chain, you should have filtered all your candidates until only one remains. Time to offer them a proposal and onboard them if they accept!

A good thing to keep in mind is that different places will expect different salary ranges. Here are some examples of average salaries based on the country for Xamarin Developers (according to Talent.com):

It’s important to not only look for the right person for the job but also consider if their salary fits your budget. It’s a delicate balancing act.

Although it seems simple at first glance, this whole process can be a lot of work. There are a lot of variables to getting good candidates reliably. It’s important that the people taking care of recruitment for you have the right knowledge of Xamarin and how to handle those variables. The quality of your candidates will mirror that effort and knowledge, but it’s worth it in the end for the talent you’ll acquire. If you want to focus on your business instead of the recruitment process, DistantJob can be your partner and handle it for you.

Key Interview Questions to Ask Your Next Xamarin Developer in 2023

You now understand the benefits of hiring a Xamarin developer and what skills they should have. But you need to make sure you hire an expert. If you want a guaranteed, vetted Xamarin expert, we can find the perfect developer for your needs.

If you want to stick with the long recruiting process, however, we set up a couple of questions to help you ace your interviews and hire a talented Xamarin developer.

1. What are the different ways of creating a Xamarin application?

The other option is through Xamarin.forms. This option is “the same as that of traditional cross-platform apps.” The typical method to do this is by implementing either Portable Libraries or Shared Projects in order to save the shared code. From here, you can create applications for each particular platform that will utilize the shared code.

You should use Xamarin.Forms for applications that need less functionality specific to its platform and when code sharing is more important than a particular UI.

Xamarin.iOS and Xamarin.Android, instead, should be utilized with apps that need a highly particular UI or design, require specialized interactions, or use many APIs that are platform-specific.

The most important calls include:

With Xamarin, there’s no termination method. Instead, Xamarin will terminate after a certain amount of time that it’s in the OnSleep state without the need for additional code (unless, of course, there is a problem with the app and it crashes while in an active state).

3. Explain Jagged Arrays in C# and give an example of how to initialize it

Your Xamarin developer for hire needs to be an expert in both the Xamarin platform and C#, as this is the language that they’ll be coding with.

Both concepts are used for type conversion in C#. Boxing is the process of converting a value data type to any object or interface data type which is implemented by the value type.

This concept highlights how any value type can be treated as an object in C#’s view of the type system.

This explanation sounds a bit confusing, but let’s see an example given by C# corner:

Unboxing is used to extract the value type from the object or any implemented interface type. However, the difference is that unboxing must be performed explicitly, whereas boxing may be done implicitly. Here’s an example:

Now you know what makes Xamarin such an enticing platform. It can streamline the development process and help even small teams publish complex multi-platform mobile applications, something that previously would require several teams with different skill sets for each platform.

But this advantage has made good Xamarin developers hard to find in the job market. Looking locally is an exercise in frustration, as qualified people are nowhere to be found, or their salaries are too high for smaller businesses to compete.

Enter remote hiring. One of the best parts of hiring remote employees is the way it opens up the talent pool. While staying in the same area could very well get you a good Xamarin developer, if you extend your search to the entire world, you could get more than 1 excellent candidate who charges a lower salary because of the living costs of their country.

If you’re looking to hire an expert Xamarin developer who will be devoted entirely to your company and understands its processes and culture, DistantJob can be the ideal partner to finally land you the developer you’ve been searching for. We have over 10 years of experience in remote recruiting and are sure to find you your ideal candidate in as little as two weeks’ time!

Hire your dream candidate today with DistantJob! Contact us! 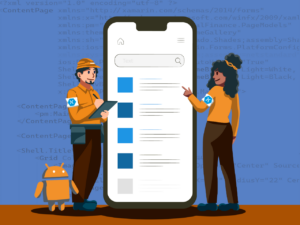 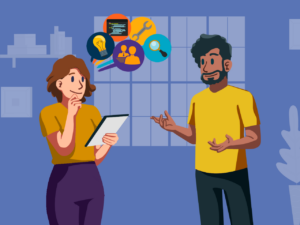 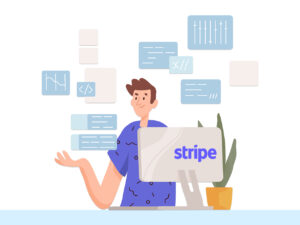 Stripe is a leading payment infrastructure provider, allowing online companies to focus on the inner workings of their business and leave things like payments, financial […] 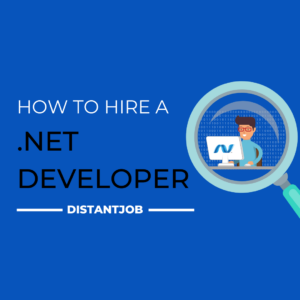