AngularJS is one of the most popular frameworks used by more than 300,000 websites – including YouTube, Google, and Paypal. However, not everything is a bed of roses. And although AngularJS has significant benefits, it also has some limitations that make developers seek other options. So, here are our top 10 AngularJS alternatives in 2022.

AngularJS is an open-source front-end web framework created by Google in October 2010. Since then, it has been maintained by developers and corporations that address challenges when developing single-page applications.

As a result, its efficiency has led this framework to be one of the most popular ones among front-end developers – as well as companies. According to Stack Overflow’s Developer Survey (2018), AngularJS is the second most popular front-end framework. Therefore, companies are continually looking to hire an AngularJS developer for their websites.

AngularJS aims to simplify the development and testing process of such applications. Consequently, it provides a framework for client-side model-view-controller (MVC) and model-view-ViewModel (MVVM) architectures.

Despite its popularity and great features, AngularJS comes with its downsides – which is why it’s important to consider its alternatives.

So, here are the pros and cons of this framework:

If you’re looking for great AngularJS alternatives, we’ve crafted a list of 10 great options for your next web development project:

Most of you probably heard about React and for a good reason. This popular JavaScript library was released in 2013 and maintained by Facebook. It was originally created to build UI (user interfaces). However, nowadays it has an essential role in the front-end ecosystem. Above all, a React developer can build functional, user-friendly, and attractive websites much faster than with any other framework.

Vue is one of the most used JavaScript libraries. It was created in 2013. And it has millions of users because of its efficiency to create UIs and single-page applications. An interesting fact about Vue.js is that because it’s not entirely a framework and it focuses on the view layer. That is to say, it’s easily adaptable to other projects.

According to Aurelia.io, Aurelia is a collection of Modern JavaScript modules. As a result, when these modules are used together, they function as a powerful platform. You can build browsers, desktop, and mobile applications, all open-source, and built on open web standards. So, one of its main characteristics is that its architecture is not monolithic. However, it’s built by a collection of oriented modules that help to create web applications. Due to its flexibility, Aurelia is an easy-to-use framework and a perfect alternative to Angular.

If you’ve been working with JavaScript for a while, you’ve certainly come across Backbone. This lightweight JS library makes the process of creating single-page applications easy. It is based on the MVC (Model-View-Controller) designer pattern making communication between a server and a client entirely through a RESTful JSON API. One of the main reasons this library has become so popular during these past years is because it’s easy and simple to learn.

Polymer is an open-source JavaScript library. Created in 2015 by Google, it’s designed to build applications with web components. With Polymer.js developers can create their own custom elements using HTML, CSS, and JavaScript to add interactions/features to the element. So, they can build complex web apps that are scalable and maintainable.

Besides its kick-ass name, Meteor is a full-stack JavaScript framework. To put it simply, it contains an extensive collection of libraries to build websites and applications fast and easily. As one of the best AngularJS alternatives, Meteor includes a set of technologies for building connected-client reactive applications and a curated set of packages.

Ext JS is a JavaScript application framework useful to build interactive cross-platform web applications. It works with techniques such as Ajax, DHTML and DOM scripting. In other words, it can be used as a component framework but also as a full framework to build single-page applications. So, one of its main highlights is that it includes built-in themes. Further, it includes UI features out of the box that helps developers increase their productivity.

Talking about names! Just reading this JS library’s name already pumps you up, right? Besides having an awesome name, Knockout has features that make it one of the best AngularJS alternatives. Developed in 2010, it is an open-source project that maintains all mainstream browsers. Knockout is written in JavaScript. Based on the MVVM pattern, it helps developers build and maintain responsive websites.

Riot is a free and open-source framework created by a worldwide community of companies, academia and hobbyists. As a result, it supports the majority of IoT devices, external devices, and microcontroller architectures. In short, Riot’s pillars are connectivity, security, privacy and durability. As a simple component-based UI library, it provides custom tags and reusable components in HTML and JavaScript combinations. Therefore, you can build complex views with human-readable syntax. Finally, it is easy to learn and accessible for developers.

Released in December 2011, Ember.js is an open-source JS web-framework. Leading companies like LinkedIn, Vine, Twitch, Chipotle, Apple Music, and Discourse rely on Ember. As an Angular alternative, it allows creating scalable web applications with common idioms into the framework. To put it simply, Ember runs on the Model–view–viewmodel (MVVM). And it allows easier access to jQuery’s features and auto-updating templates. Finally, its major cons is the size, which doesn’t work with simple projects.

We hope that with these AngularJS alternatives you can have the best tools by your side in 2022. In conclusion, it’s true that some developers are devoted to AngularJS. However, there are pretty great options to optimize your workflow and build great websites – in no time. Certainly, it’s all about looking for the right choices and keeping up with the constant changes.

P.S.: With a good framework you also need a great development team. If you want advice to hire talented Angular developers worldwide, just contact us! 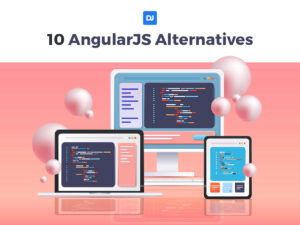 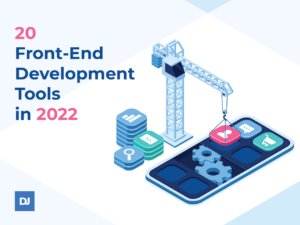 As a front-end developer, you use a variety of tools to create dynamic and interactive interfaces. But how to choose the most suitable for your […] 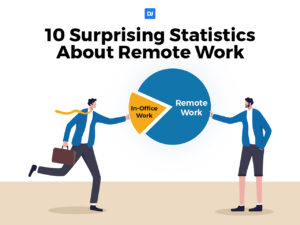 The trends and expectations of remote work have changed since the first quarter of 2020. Many employers weren’t ready for their entire workforce to work […]