The Pros and Cons of Java Development

Is Java dead?! No, think of Java as The Terminator of programming languages; impossible to get rid of. However, despite its popularity, it still has disadvantages that make developers want to break and throw their computers over a window. In this article, we will be exploring the pros and cons of Java development.

In the tech industry, every time we breathe, there’s something new going on. However, there are some giants that remain popular despite the years passing by. The Java programming language is one of these proud exceptions. Despite being created two decades ago, it stays on top of the charts.

What is Java Programming?

Java is an object-oriented programming language created in 1995 by Sun Microsystems (now Oracle). One of the main reasons behind its popularity is that Java works under the WORA principle that stands for Write Once, Run Anywhere. This means that cross-platform applications are accessible on different types of computers and operating systems.

In today’s marketplace, developers use Java to build secure, versatile, and portable software products, such as video games, applications, and websites.

You don’t have to be a programmer or an IT expert to recognize this logo. Millions of people around the world recognize the steaming coffee cup. But you might think, what’s with the name and the logo?

The logo is kind of obvious: coffee is the drink that feeds a programmer’s soul and love for coding. As for the name, its original name was Oak due to the Oaktree near James Gosling’s (one of the creators) house. However, that name was already taken, so after renaming it several times, the team then opted for Java, inspired by the Java Island known to have fantastic coffee. Mind-blowing, right?

Nowadays, Java remains on of the the top 10 programming languages. However, this doesn’t take away the fact that it has flaws that might break or make your project.

What are the advantages and disadvantages of Java? Is Java adequate for most development projects?

No, despite being widely used for different projects, it’s not always a good idea to use Java for everything. It always comes in handy to know what the language’s strengths and weaknesses are. Here are the pros and cons of using Java:

What are the Benefits of Using Java?

What does Object-oriented programming (OOP) even mean? In programming, there are different approaches to how developers handle data and its structure. There’s the procedural programming that consists of writing procedures/methods that perform data operations. OOP, on the other hand, allows developers to create objects that contain both data and methods. This way, they can declare classes, create objects, and interact between two objects.

In simpler words, with OOP, developers can manipulate objects and create relationships between other objects, enhancing the flexibility and reusability of the code.

The compiled code of Java is platform-independent; it can run on any machine. As described above, Java’s motto (and catchy phrase) is Write Once, Run Anywhere (WORA). Under the WORA principle, programmers can develop cross-platform applications. This means that if you want to build an app that’s both suitable for Linux and Windows, with Java, you can.

Java has a massive community, unlike any other programming language. As most programmers have learned Java at some point in their lives, they have also received support from Oracle dev community and from the Java’s community.

It also has a large ecosystem of libraries and frameworks at the disposal of any programmer, making it more accessible and easier for them to learn.

Security is everything when it comes to developing applications. Imagine for a moment that you spent two years developing an application. You have poured sweat and tears in the process, and suddenly it’s the release day. The application is a huge success, but in a matter of days, you’re hacked. The tragedy no one ever wants to experience, right?

When developers use programming languages, they make sure that they are secure because otherwise, they might jeopardize the entire project. Java reduces security threats because it avoids explicit pointers. Pointers tend to cause unauthorized access to memory as it stores the memory address of other values. On the other hand, the programming language also has a security manager for applications that let developers define the rules for each class’s access.

Have you ever been doing more than one thing simultaneously? Most people have and the main reason is to save time. Maybe you needed to get to a place fast, so you needed to change your clothes, brush your teeth, add perfume in a matter of seconds.

In Java, multithreading has the same purpose: to save a developer’s time. A thread is the smallest unit of processing – and to maximize the utilization of CPU time, Java has the feature of allowing programmers to simultaneously run these threads (multithreading).

In conclusion, with multithreading, developers can save time and memory space.

What are the Disadvantages of Using Java?

Have you ever read a book where  you couldn’t even get past the first page? The words and the sentences were so complicated that you felt your brain was catching on fire just by trying to understand what the author meant.

With Java, developers have that same struggle. Java’s code is verbose; it uses too many words that, in the long term, make the code with many complex sentences that are difficult to read and understand.

The ‘’Don’t judge a book by its cover’’ expression doesn’t apply in this case. The looks of an application are incredibly important for users. Who wants to use an app that looks like unicorn vomit?

One of the problems with Java is that developers have to use different language-specific tools to create a programmer’s graphical user interface (GUI) in Java. In mobile apps, this is not a big deal, but problems start arising in the user interface and user experience of desktop applications. Programmers can use different GUI frameworks, but these are still not mature enough to develop a complex UI.

Java is memory-consuming, and it tends to be slower than native languages such as C++ or C.  One of the reasons Java has poor performance is that each Java code is translated to the machine level code. Also, it has the garbage collector feature that, despite being useful,can also lead to significant performance issues because it consumes a lot of the CPU time.

The current version of Java is free for those with general-purpose computing. However, in 2019, Oracle announced that Java SE 8 would no longer be available for business without a commercial license. To get all the new updates, bug fixes, and features, companies (or any Oracle developer) will need to pay for the number of users per processor.

Is Java Worth It?

In this article, we took a closer look into the main pros and cons of Java development. Although Java has problems with memory space, low performance, among others, also has advantages that highlight why millions of programmers continue to use it for their projects. Facts speak louder than words, and despite being 25 years old since its release, Java continues to be one of the best programming languages.

Many companies continue to hire Java developers, and, in many projects, this programming language is the first option because of its safety, maintainability, and stability.

If you’re one of those companies or teams looking for their next Java superstar, we can help you. Contact us, tell us all about the candidate you’re looking for, and in less than a month, we will get you the perfect candidate. 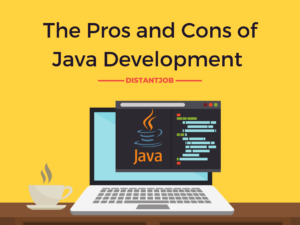 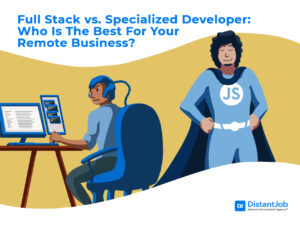 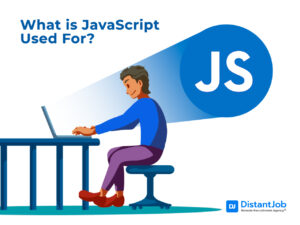 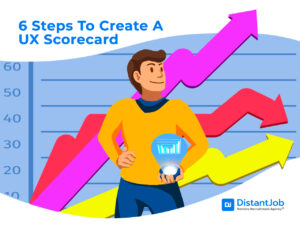