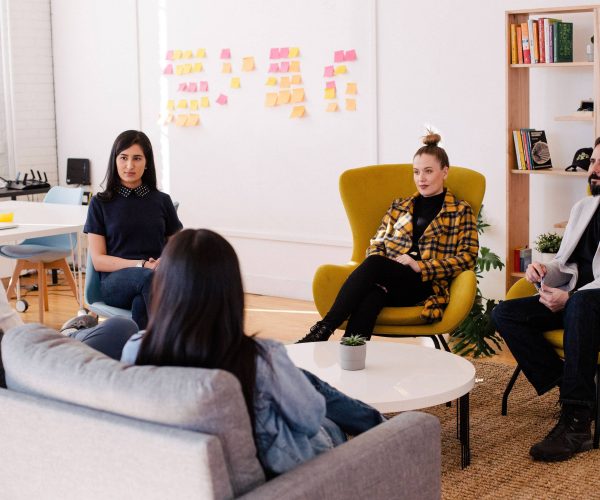 Remote work is the future. You must have heard that by now, even if you don’t regularly read this blog. Technology is making the world smaller and giving anyone the power to hire the best staff from anywhere in the world. Not only that, but remote teams are more productive and that’s been reinforced by study after study. We know that remote work is what employees want and that it makes them happier and healthier. There are so many positive benefits to remote working that we have an entire archive of blog posts talking about them.

Not only that, but there are some great books to help companies get started and so many tools that remote teams can use to work together with ease. If that isn’t enough evidence that remote work is a Big Thing, there are now several remote work conferences, including Running Remote which was held this year in Bali.

And yet there are still companies who are avoiding remote work. In spite of all we and other remote work advocates have done to get the information out there, these companies aren’t yet ready to embrace the future and add their first digital nomad to the team. Why? Glad you asked. Let’s find out.

Things working the way they should rarely attracts headlines. But when things don’t work? That gets plenty of attention. That’s why those who haven’t fully researched the world of remote work may have only heard of some of the high-profile ‘fails’. They may not have even read the articles in full and have just inferred the story from the headline.

The most commonly quoted example of things not working out is Yahoo! We’ve covered that story in more detail in the past, but Marissa Mayer caused controversy when she took over as CEO and called all the remote workers into the office in the hopes of creating more collaboration. It was a widely criticized move that cost Yahoo! some of their staff. Now the dust has settled, Mayer has gone and remote working still happens at Yahoo!

More recently, the Bank of New York Mellon tried to pull a Yahoo! It didn’t go so well for them. After calling their remote team in, they experienced a big backlash and canceled the order while they did a little more thinking about it. Good for them.

The truth is that there are some organizations or teams for whom remote working isn’t the answer but just because something doesn’t work for them, it doesn’t mean it’s a bad idea altogether. As the Diff’rent Strokes theme tune wisely told us, ‘Now, the world don’t move to the beat of just one drum. What might be right you, may not be right for some.’

They think it will be costly/difficult.

IT can be a big cost for a small business, and it’s not something that’s always easy to budget for. You’ve got equipment in the office, server space, SaaS, and your internet connection. The thought of adding to that cost and complexity can be off-putting. More than that, there’s the organizational change involved in having remote staff. You have to draw up new contracts to employ people overseas, how does the HR of it all work?

When it comes to costs, the chances are you already have an IT infrastructure that will support remote working. Digital nomads often work for companies on their own IT equipment, with code, data, documentation and more stored in the cloud. All your new employee would need is a log in to your network or access to your Dropbox.

And as for the HR well…yes, this can be tricky. That’s why here at DistantJob we take care of all that for you. We don’t believe in re-inventing the wheel, so if we recruit your next remote Rockstar, we’ll handle contracts and all that jazz and you can just focus on onboarding them.

They haven’t seen it/experienced it.

For some people, the idea of a remote team is just so foreign, they can’t really imagine how it works. You can talk to them about task management systems, chats, file sharing and more but they are just so invested in the office-based model that they can only see disadvantages and difficulties.

This is one of the reasons we have our podcast. Each week, Luis talks to people in the world of remote work and asks them how they came to remote work, and what their set-up is like. There is no ‘one right way’ to run a remote team, and there may be some trial and error before you find the perfect system. With so many passionate remote workers out there, there are plenty of stories being shared to help others enjoy the same benefits.

We’ve all had that one manager who has to be into everything. They pop up and peer over your shoulder or ask for far too many updates. It’s hard to get actual work done because you’re so busy proving that you’re getting work done. It’s frustrating.

So, imagine how challenging it is for that manager to think about their staff not being in the same office. To have no way to ‘casually stroll past’ and see what that developer is working on, or tally up how many smoke/toilet breaks staff are taking.

But the issue here isn’t a problem with remote work, it’s a problem of micro-managing. A good worker is a good worker, whether they’re sitting opposite you or on the other side of the globe. Have faith in your own hiring decisions and try to judge your team on results rather than hours sat at a desk.

If you have staff working from more than one location, you’re a distributed team. If your staff can work from home when they’re ill or have a family emergency, you’re ready to be a distributed team. If you have offices in more than one country, then you’re already familiar with time zone issues and language barriers. And if it’s not your staff in those locations, how about companies who work for or with you? Or your customers?

You get the idea. You’ve probably got a lot more knowledge and understanding of working remotely than you think. Ever had a meeting where someone dialed in via conference call? Or shared files via email or Dropbox with multiple people contributing? How about used a cloud-based version control system? If you are saying yes to any of those things then you’ve already had a taste of remote working. It wasn’t so hard, was it?

Ugh. This one. Yes, all remote workers are slackers who put in the bare minimum and then go off to play golf/watch Netflix/drink coffee in hipster joints. Or they’re all shut-ins with no social skills, who are wired on caffeine and wear a tinfoil hat and are just one episode of the Twilight Zone away from a mental breakdown.

At some point, these remote work stereotypes will be confined to history where they belong. They’re not accurate. Don’t believe us? Let us introduce you to what remote workers are really like.

They think it only benefits employees.

It’s a perk, isn’t it? It’s a bit of a pain in the butt for the employer, but it helps you keep your best developer who just became a Mom or something you offer to a hotshot to bring them on board. It only benefits the staff, not the company.

Well, no. There are plenty of benefits that a remote-friendly company reaps; financial, productivity, attraction, and retention of talent. Again, we’ve said all this before.

Your IT manager might get a bit twitchy if you’re talking about giving someone you’ve never met access to your systems. And then there’s the question of vulnerability; if your remote team is using their own kit, are they keeping their antivirus up to date? And what about when they are working in that hipster coffee shop? What’s to stop someone grabbing it when they go to the bathroom or loading something up from a flash drive. It’s enough to give your security analyst palpitations.

Except…there are answers to all these security concerns. You see, it’s the geeks and nerds that really want to work from home and they’re the ones coming up with all the tools and security that make that possible. You can totally ace your cybersecurity and have a remote team.

Everyone will want to do it.

Ok, brace yourself: Everyone does want to do it. Or at least 80-90% of those surveyed by Global Workplace Analytics. So yes, if you start the ball rolling with remote work you will probably get requests from others to do the same. Is that a bad thing? We don’t think so. Remember all that stuff about increased productivity, employee retention, and lower costs? Does more people working from home really sound like a bad thing?

Here at DistantJob, we spend our time connecting the very best remote talent with opportunities around the world. We can find you a shortlist of awesome candidates in far less time than conventional agencies – and we’re passionate about remote because we’re a fully remote company ourselves! If we’ve convinced you to take your first steps in the remote journey, get in touch today.