With more sophisticated digital infrastructures, engineers and developers are now specialized roles that you cannot easily swap around in a dev team. A build and release engineer may not be aware of interface design, while a UX developer won’t have any idea to improve your security system. So what’s the difference between a build and release engineer and a DevOps engineer? Let’s start with the basics

A Long Time Ago

Back in the old days, software development happened in two main groups. UI developers created the software product and the IT operation team focussed on bugs and updates to keep the software build stable. It sounds like a good arrangement – not a lot of trouble for you. Yet, these two groups kept clashing.

If developers asked for app updates, the IT team replied that updates were impossible because they didn’t test the code. Working in the development department wasn’t always smooth in this back and forth of blame and responsibilities. The funny thing is, no-one was wrong, they just didn’t have a clear idea on how to divide tasks and responsibilities.

Nowadays, you can hire an engineer or a developer for each step of the process. But who do you need to manage the whole process and ensure good communication in your team? And who do you need to build and monitor software functions over time?

The mysterious roles you are looking for are DevOps engineers and build and release engineers. If you need to hire one of them, or you are just curious about what they do, get ready for a tour – we’ll spend the next sections exploring their roles and responsibilities.

> Oh, by the way, we’ve put together a list with key interview questions to ask when interviewing a DevOps remotely  <

What’s The Difference Between Devops And Build And Release Engineering?

DevOps manage to cut down finger points to find new modes of organization with a simple move: a system making developers accountable for their code and its development, testing, and production. More than developer-operation teamwork, DevOps engineers are automation specialists.

DevOps are now integral to most tech teams, integrating with the whole team organization and company culture. Unlike DevOps, build and release engineers can live in a different department. The scope of their job is to ensure that hardware and software components run smoothly over time. Their specialty is to build software packages across multiple disciplines. Even as a different department, build and release engineers collaborate with DevOps, production members, software engineers, and QA professionals to successfully implement and configure the software.

Let’s have a closer look at their tasks and responsibilities.

As we mention, DevOps engineers are automation specialists. Their main responsibility is creating a system to coordinate developers and test the code. Like an invisible hand moving all the clock’s gears, DevOps engineers automate and run internal systems to facilitate cross-functional collaboration to speed up the workflow.

Release engineering concentrates on the deployment of software, improving its productivity at a reliable and predictable rate. Unlike DevOps, they focus on implementing software architecture, collaborating with other departments to understand which areas need improvements or updates.

Build and Release Engineer vs DevOps Engineer: Who Do You Need to Hire for Your Project?

When it comes to hiring, a clear distinction between these roles is essential to know who you need in your team. A clear understanding of tasks and responsibilities is the first step. Then, once you know precisely the role and skills you need, the hard job is to pick the right person for your team.

If you need to improve your software productivity at a more predictable rate or implement your software architecture over time, you are looking for a build and release engineer. If you want to coordinate your IT teams or create an automated system to test and produce code, DevOps engineers are the one.

When you start your hiring process, remote or on-site, pay attention to the developer’s personality and background. Try to imagine how the candidate will work with your team in the long run. The hiring process is always tricky, but when you find the right person for your team, the rest will come on its own!

Plus, whether you need a Build and Release or DevOps engineer, we are here to help you find the best one for you in less than two weeks! At DistantJob, we have over a decade of experience as a remote recruitment agency, and we are always happy to share our advice and experience – knock on our (virtual) doors! 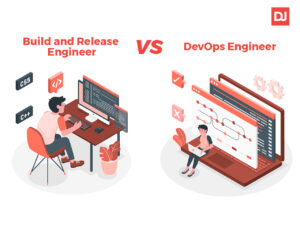 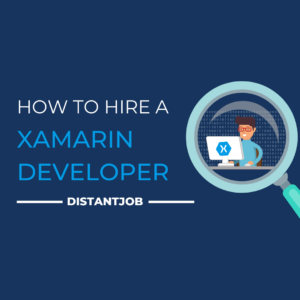 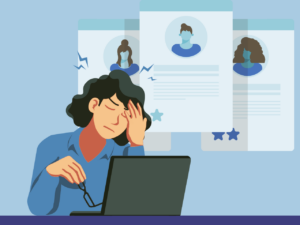 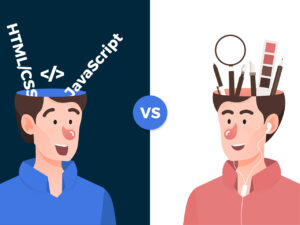