Imagine a large conference table, most of your team sitting around it, emphatically sharing ideas. There are cups of joe; someone’s munching and talking at the same time. It’s annoying, but it’s kind of the free spirit of the business you’ve created. The storyboard is progressing nicely. It’s time to put everything online and see where it goes.

You think that that’s what makes work fun – everyone excited about an idea, coming together with the same passion. Remote what? That vibrancy could never be replicated if your team weren’t all present in one room. Right?

Ahem, you knew I’d say wrong, didn’t you? But that’s only because we know of a company like InVision. And their 4 million+ users.

Look, if you feel this collaborating online thing is going to stump your business and that’s why remote work isn’t suitable, let us clarify matters.

Because today we’re talking about InVision App – a cloud-based collaboration platform that lets you prototype your digital products in minutes. It was created/developed/perfected by a fully-remote-team that knew at every instance how to change the tool to suit their remote users:

To rephrase, InVision App was custom-made for remote work.

InVision allows you to replicate the same vibrancy and passion of a team discussion, and even-better real-time collaboration than if you worked from the same space.

This idea is pretty much the company’s driving philosophy. That’s why when Clark Valberg co-founded InVision he made the company intentionally remote. Because if they were always going to be working online, there was no reason to come to an office.

They agree with us about remote work:

And why does online collaboration eclipse sitting around a table? Because when you’re working from an environment like InVision app, your team can:

Offline, going through the above steps would take weeks. Digitally, your organization can accomplish that in one-fifth of that time.

InVision’s Colossal Scaling Up, As Is Only Possible in the Remote Environment

They used to be a small clan in 2011 when Ben Nadel and Clark Valberg founded InVision. Now they are reaching about 1000 employees, all working remotely. From London, Nigeria, Slovenia, Ireland, Arizona, California, Portland, Glasgow, Israel, the Netherlands…

They started with an Angel funding. Since then, they’ve received about $235 million in seven funding rounds. They’ve acquired nine digital companies, including Muzli, TrackDuck, and Wave.

They’ve climbed the scales using the usual methods, but much faster because they weren’t burdened with buying bigger offices or more equipment’s or draining money maintaining their fixed assets.

In seven short years, InVision has fulfilled every IT start-up’s dream.

Tools the Remote Employees of InVision Use to Make Work Happen

Other than gathering the most inspired team for remote work, giving them the most appropriate tools is the best thing you can do for your business. Here are a few tools that InVision uses:

Will Fanguy, a digital content creator at InVision, makes some great points about putting these remote tools to good use:

Where a company like InVision is concerned, it’s very easy to see their tremendous growth and become enamored or overwhelmed. But when it really comes down to it, it’s a matter of accepting challenges and being ready for that next phase of the business’ growth. That next phase, believe us, involves remote employees. Accept the challenge for your company today and get in touch with us now. 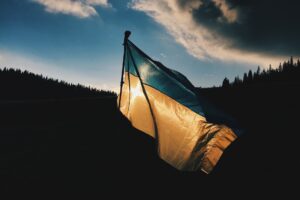 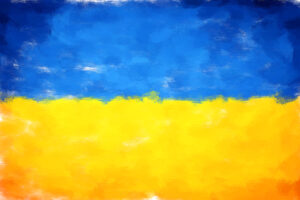