How to Hire the Best People (According to Bill Gates)

There are some people that have achieved enough in their lives to make their opinion worth listening to, always. When it comes to software development, we’re listening to people like Steve Jobs, Marissa Mayer and of course the Microsoft legend, Bill Gates.

At 20 years old, in 1975, Bill and his partner Paul Allen launched Microsoft. It’s a name that’s so ubiquitous now it seems strange to think of a time when it wasn’t a household name. He’s considered one of the main movers and shakers in the PC revolution. His business tactics have sometimes been controversial, but in recent years he’s become well known for his philanthropy.

So, when we came across this quote from Mr. Gates, we thought it was worth sharing:

“The competition to hire the best will increase in the years ahead. Companies that give extra flexibility to their employees will have the edge in this area.”

Of course, we shouldn’t just blindly accept the advice of other people, even industry greats like Bill Gates. But here’s why we agree 100% with what the Microsoft guru has to say.

According to Global Workplace Analytics, upwards of 70% of staff want to be able to work from home, at least part-time. While not all roles are suitable for working off-site (it’s hard to flip burgers from a distance) for many jobs it doesn’t make a difference if you’re sat in a cubicle, a coffee shop, or a desk in your spare bedroom.

Supporting your team’s desire to work from home, even if it’s only occasionally, will help boost morale and their sense of loyalty. That doesn’t just increase productivity, it also helps with staff retention. If your staff work from home when they’re under the weather, you’ll still get some work out of them and they don’t bring their germs into the office and cause an epidemic!

The tools that help keep remote workers connected are useful, even for office-based teams. If you already work with colleagues from another branch, you probably have everything you need in place. If the thought of your staff not being literally under your nose is uncomfortable, try working remotely but in the office to wean yourself off desk checks and peering over shoulders.

Great talent does sometimes flood into one area. Silicon Valley is a prime example when it comes to developers, but there are other areas where you’re more likely to find great developers. If your company isn’t in one of those places? Hiring only staff who live close by, or are willing to relocate, is limiting your potential.

If you hire a developer remotely, the whole world will be your talent pool. You’re being open to finding the right person, not the person who is closest to you who seems good enough. You’ll also increase the diversity of your team, both culturally and by including those hidden gems of remote work like working moms or people living with disabilities.

Other Companies are Doing It

40% more companies are offering flexible work arrangements than they did five years ago. Remote working is undoubtedly on the rise, and if you don’t get on board, you’re at a significant disadvantage when it comes to recruitment. A massive 80% of people said they’d choose a job offer with a flexible work arrangement over one that didn’t. If you want to stay competitive when it comes to attracting the best candidates then flexible and remote working is the way forward.

In contrast to the stereotypical home-worker, occasionally checking in to work while bingeing on Netflix, remote teams are more productive. Study after study has confirmed this, and yet the stereotype continues. If you take one thing away from this article, let it be this.

Distributed teams put in the extra effort because they’re not stressed and sore from the commute. They have positive feelings towards their employers and are happier because they have a better work/life balance. They’re also more likely to extend their working day or crack open the laptop on the weekend.

According to an Inc.com article, remote workers can save themselves around $5k a year. That’s mostly made up of transport costs, and the need for ‘work clothes’ and their associated care but also includes lunch and take-away coffee. If you’re thinking this is an excuse to pay your remote staff less, think again. It isn’t just them who save money.

If someone doesn’t come into the office, they don’t need any space. They don’t need a desk, chair, lamp, telephone, or to raid the stationery cupboard at every opportunity. They won’t be drinking company coffee, using the bathroom consumables, or calling their Mom for a catch up over their lunch. The total saving to you from having someone work from home is about $10k per year.

Global Workplace Analytics estimates that if people worked outside of the office for just half the week, it would save 54 million tons of greenhouse gas emissions every year. Without the commute, there’s a huge impact on pollution which doesn’t only improve the health of your staff but everyone around them too.

And remote working helps spread the money around. Rather than all the people and finances being focused in the big cities, it frees people up to live anywhere. That could bring new life into rural areas which have seen a real decline, as our podcast guest Jo Palmer describes. In this time of nostalgia for a simpler way of living, remote working is the key for many of us to do just that.

It’s Easier Than You Think

We know. The thought of hiring your first remote worker can be overwhelming. Relax, we’ve got you covered. We’re a specialist, remote technical recruitment agency so we do this allllll the time. If you need a developer, analyst, or any other breed of techy we can find them for you (in less than two weeks). We’ll hunt down some perfect candidates and send you a handful of CVs of people we know to be not only technically brilliant but also ready and able to work remotely.

Be guided by what Mr. Gates had to say. If you want the very best tech talent, then you’re going to need to embrace the future of work, and that’s remote working. Give your staff flexibility, and yourself the edge by accessing the DistantJob hiring page today. 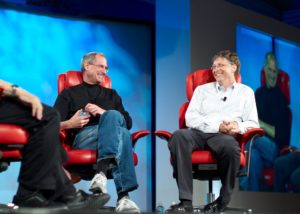 Hiring a Developer is Challenging – Here’s How to Nail It

Most relevant hiring startup challenges? Hiring a developer is a long-drawn process – or at least it should be if you are intent on finding […] 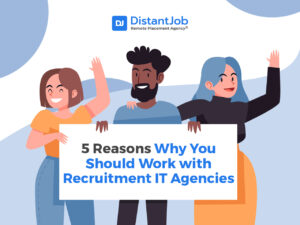 5 Reasons Why You Should Work with Recruitment IT Agencies

The process of hiring people to fill a company’s job postings is often a job unto itself. It takes a person (or, depending on the […] 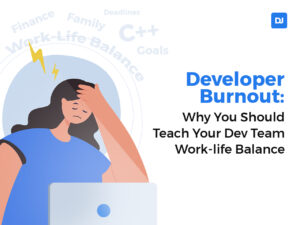