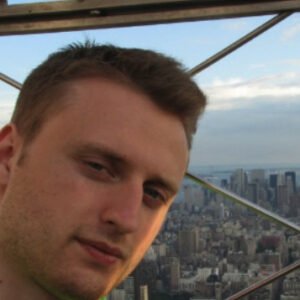 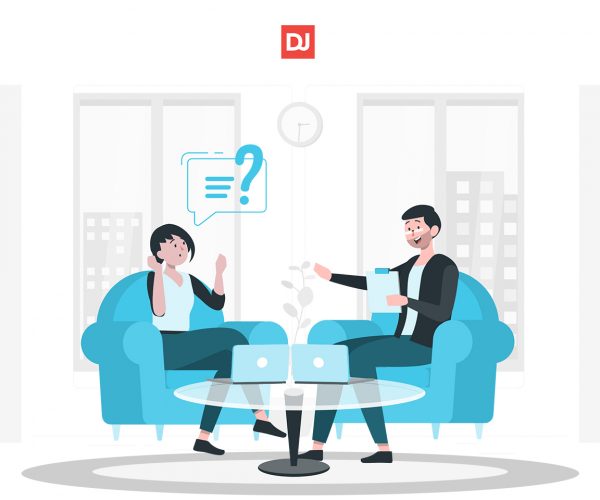 Whether you are a business owner or a manager, it’s always tricky to think of the right questions to ask during an interview. Especially when it comes to hiring a C# developer.

C-sharp is quite new in the coding language scene, but since it got popular most businesses are using it. Here are the core interview questions to screen a C# developer and hire the most skilled candidates for your team.

What is C# Development?

C# is a coding language that has the purpose of creating secure and user-friendly applications that run on the .NET Framework. The story of this coding language starts back in 1999 when Anders Hejlsberg built a team to develop “Cool” language, then renamed C#. Consequently, the project was officially released in July 2000 at the Professional Developers Conference.

C# is a hybrid language that combines C and C++. Like Java, it is an object-based language offering multiple features for applications development. Created by Microsoft, C-sharp is a flexible programming language that allows developers to keep greater control when running and developing applications.

Where Is C# Used?

A C# developer uses this language to create Windows client applications; XML Web services; distributed components; client-server and database applications and more. Besides its wide applications, this language is limited to development projects based on .NET framework.

These are the field where C# is more functional:

Even if limited to .NET framework, C# works on different platforms, such as .NET platform, and other open-source networks.

Created by Microsoft, C# works best with its applications. It makes the development process smooth, and each feature is built to perform at full extension. In addition, your developer can count on a vast open-source community sharing support and documentation to develop Microsoft applications and programs.

C# integrates features with the Unity engine. This language works on any mobile device or console for mobile developers, especially with a cross-platform technology like Xamarin.

> Oh, by the way, we’ve put resources on how to screen and hire Xamarin developers here. <

What do C# Developers do?

C# developers build applications with the .NET framework on Windows operating systems. Their primary duties are to write code, develop, and design user interfaces while debugging and maintaining code for clients.

Sharp developers are trained as full-stack developers, or take a specialization in front-end or back-end coding.

Here is a list of the core skills and responsibilities to consider when hiring a C# developer:

Countries With The Best C# Developer

According to the TIOBE Index, C# is the 4th most popular language worldwide. Hiring remotely, you can look in specific countries to find specialized C# developers. Evans Data’s Global Developer Population and Demographic Study highlights the Asia Pacific region and Latin America as the best countries to hire a C# developer.

In the past few years, Eastern Europe came into the global scene as one of the major areas to hire developers. In Latin America, Mexico has the most specialized developers for the .NET framework and C#, while The Dominican Republic’s developers are highly specialized with .NET architectures.

Based on the level of experience you need, here are 10 interview questions to guide you during the hiring process and spot the best C# developer for your business.

Class is an entity containing all the properties of its objects and instances as a single unit.

C# has four types of such classes:

2. What is garbage collection in C#?

Garbage collection is the process of freeing up memory stored by unwanted objects. When you create a class object, automatically some memory space allocates in the object in the heap memory. After that, you perform the actions on the object, and the memory space is a waste to eliminate.

In short, the garbage collection happens in three cases:

3. What are the differences between ref and out keywords?

C# ref keywords pass arguments by reference rather than not value. To use the ‘ref’ keyword, you need to explicitly mention ‘ref’.

C# out keywords pass arguments within methods and functions.

‘out’ keyword is used to pass arguments as a reference to return multiple values. Although it is the same as the ref keyword, it needs an initialization before passing. Here, the out and ref keywords are useful to return a value in the same variables as an argument.

4. What are extension methods in C#?

5. What is the difference between an Array and ArrayList in C#?

An array is a collection of similar variables clubbed together under one common name. On the other hand, an ArrayList is a collection of objects that can be indexed individually. Therefore, you can access a number of features like dynamic memory allocation, adding, searching, and sorting items in the ArrayList.

6. What are partial classes in C#?

Partial classes implement the functionality of a single class into multiple files. These multiple files are combined into one during compile time. It’s possible to create this class using the partial keyword.

You can easily split the functionalities of methods, interfaces, or structures into multiple files, and even add nested partial classes.

7. What is the difference between late binding and early binding in C#?

Late binding and early binding are examples of one of the primary concepts of OOPS: Polymorphism.

When an object is assigned to an object variable in C#, the .NET framework performs the binding.

Meanwhile, the binding function happens at compile-time, it is called early binding. It investigates and checks the methods and properties of static objects. With early binding, the number of run-time errors decreases substantially and it executes pretty quickly.

And if the binding happens at runtime, it is called late binding. The latter happens when the objects are dynamic (decided based on the data they hold) at run-time. It is slower as it looks through during run-time.

8. Difference between the Equality Operator (==) and Equals() Method in C#?

9. What are the different ways in which a method can be Overloaded in C#?

Overloading means when a method has the same name but carries different values to use in a different context. Only the main() method cannot be overloaded.

In order to overload methods in C#,

In these ways, you can overload a method multiple times.

Here, the method Area is used twice. In the first declaration, one argument is used and the second one uses two arguments. Using different parameters in the same method, we were able to overload the method area().

10. What is the difference between constant and readonly in C#?

In C#, a constant is a number, string, null reference, or boolean values.

On the other hand, with readonly keyword, you can assign the variable only when it is declared or in a constructor of the same class in which it is declared.

Constants are static by default while readonly should have a value assigned when the constructor is declared. They can be declared within functions while readonly modifiers can be used with reference types.

It’s Up To You

Hiring a C# developer is a tedious process, and isolating the skills you need to make the right questions is the most challenging part but hopefully, we made it easier for you. Now you know what to look for and what interview questions to ask to spot the best candidate for your team. Want to know how to hire a remote developer for your project? Check our guide or give us a call; our team can help you. We have more than a decade of experience in headhunting the best developers from all over the world.

Ihor leads the team at the core of what makes DistantJob successful – our incredible recruitment team! With over 8 years of experience as an IT recruitment professional, Ihor’s experience covers the whole breadth of the staffing and recruitment lifecycle – from sourcing and recruiting top-notch developers himself, to leading teams of recruiters.