How Did LinkedIn’s Predictions for 2019 Stack Up Against Reality? 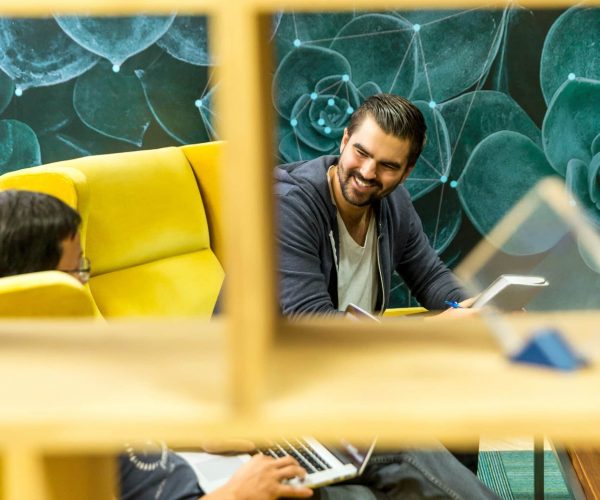 Back in January this year, LinkedIn published its Global Talent Trends 2019 report. The professional social media site leveraged its impressive network and talked to more than 5,000 professionals from around the world to identify the key issues for 2019.

Now we’re approaching the end of the year, we thought it was worth looking back at the report and checking in with LinkedIn’s predictions. Were they on the ball, or wide of the mark? Has anything come along in the year that disrupted the world of employment and changed it all?

The answer to that last question is no; 2019 hasn’t been a year of radical changes. But that’s not to say that the landscape hasn’t shifted, particularly with the entry into the workplace of Generation Z. These young whippersnappers will be almost half of the workforce by next year and they’re already making their presence felt.

The Global Talent Trends report identified four major factors that would be transforming the workplace in 2019. Let’s take a look and see how right or wrong they got it.

The Importance of Soft Skills

Technology is changing at a more rapid pace than at any other time in human history. Bill Gates put together a list of advances for Technology Review and it makes for inspiring reading; burgers from lab-grown beef, advances in AI, and vaccines for cancer all made the list. This rapid pace of change means that the half-life for hard skills is getting shorter all the time.

In other words, knowing that you’re hiring a competent coder might be more important than recruiting someone who knows the language you’re using inside out because guess what? That codebase is likely to change or become obsolete, and you’ll need a responsive staffer to get through that.

We’d agree with this one, if only because soft skills are particularly important for remote workers and that’s the employment sector that’s growing the most quickly right now. Distributed teams need to be filled with people who can self-start, organize their time, and work their way around a problem even if they’re the only team member who’s awake. Soft skills have been an important part of what we’ve been looking for in applicants as we’ve filled vacancies around the globe this year.

You didn’t need to be Nostradamus to predict that staff were going to be looking for more flexibility in 2019. A better work/life balance is important to everyone alike although the definition of what that looks like has evolved over time. While the older generation, coming out of the deprivation caused by WWII didn’t make it such a priority, working to live rather than living to work, has become the ideal balance as the years have gone by.

In some ways, Generation Z and Boomers have that in common; with the up and comers having lived through the world economic crisis of 2007 and wanting more stability in their work. If you told them that they’d have to prioritise work and put family second, though, you can expect just one response: OK, Boomer.

So yes, work flexibility is on the rise. You can see that in the recent headlines that Microsoft grabbed through the productivity boost they got from going to a 4-day week. In Fortune 1000 companies around the globe, desks are left empty for more than half the time because their staff are working from home, coffee shops, or wherever else takes their fancy.

‘Me too,’ was the phrase that echoed around the world, quite literally, although it took almost a decade for the volume to get loud enough to be truly heard. With its height in 2017/2018 and high-profile accusations and firings, it’s not surprising that companies around the world were concerned about their anti-harassment policies going in to 2019.

It might be tempting to think that remote work is the answer to harassment, after all if you’re not co-located there’s a lot less opportunity for physical interaction. Unfortunately, abusers don’t need to be in the same room as their victims; ask any woman who’s been sent an unsolicited crotch shot by a passing acquaintance. (Someone once sent a penis pic to my goldfish. I kid you not).

If you have a remote team, then we hope that you have covered abuse and harassment in your remote work policies. Your second step is to make sure that you have created a culture where this sort of behaviour won’t be tolerated, where your team will call each other out if they’re being inappropriate and that there is a clear policy for dealing with this behaviour.

We’d love to think that we’re all ‘woke’ enough to leave harassment behind us, but for now, we expect that these behaviors will still be important to companies in 2020 and beyond.

Four countries passed pay transparency laws in 2019, so there’s no doubt that LinkedIn was bang on with this prediction. The UK, Germany, Australia, and Canada all put legislation in place to ensure that companies were more open about their salaries.

In the UK this led to some high-profile concerns, for example when the BBC started on the road to pay transparency it found that presenters who sat next to each other could have vastly different salaries. You won’t be surprised to learn that it was usually the females and minorities who earned less.

When it comes to the world of remote work, there are different approaches to deciding what fair pay is. The most common approach is to pay your staff the going rate in their country, which gives cost benefits to you without compromising on talent. There are company’s who have taken an alternate approach, though.

Iwantmyname are an extreme example; everyone in the company earns the same salary. They’ve operated this way for 10 years and wrote a blog post recently which shared what they’d learned. The company believes that the approach has helped them to grow so fast. On the other hand, there are companies like Buffer who pay all their staff according to a formula.

Not only do Buffer publish all their salaries (staff can opt to remain anonymous if they prefer, but most don’t) they also publish the calculator that they use to decide on pay. It takes in factors like experience and the cost of living in your area. You may not earn the same as a colleague in another area, but you’ll be just as well off.

The issue of paying remote teams is one that many companies have to find their way through. If it’s a concern for you, we can help! We take all the admin out of hiring remote workers, so you can focus on the stuff you do best.

As we’re coming to the end of not just the year but the decade, it’s worth looking back at how much the world of work has changed already. Here at DistantJob, we keep a close eye on the #futureofwork hashtag and we can confidently predict that remote working is going to become increasingly important going into the new roaring 20’s. If you want to join the remote revolution and hire some incredible tech talent, then get in touch today.