Like it or not, remote is the future of the workforce

Maybe the whole idea of a distributed workforce is still Greek to you, and you’re not quite sure what to think of it.

Ever wondered where it came from in the first place and what the future of work holds in store? Let’s take a tour through the past, present, and future of remote working to find out more.

How it all began

If we dig a little deeper into the history of remote work, we can find that this type of work style is nothing new under the sun.

Its oldest pioneers date back to 18th century when religious circuit riders, members of the Methodist Church, traveled on horseback spreading their message of faith. Then there were cowboys in the early 19th century, to whom being remote was second nature. In the same era, Kodak hired postcard photographers to travel across the country to capture images that would promote pleasure travel, with studios incorporated into their wooden wagons.

Come to think of it, working from home has been here longer than cubicles. In the pre-Industrial Revolution period, many traders and artisans operated their home as part residence and part storefront. Only after that, the Industrial Revolution introduced the era of offices and HQ buildings. However, the enthusiasm for economic growth didn’t correlate positively with how enthusiastically workers felt around negatively connotated words like “9-to-5”, “the commute,” “the grind” or “cubicles.”

But it wasn’t until 1973 that NASA engineer, Jack M. Nilles, coined the term “telecommuting” and predicted that this style of work would be the norm in 20 years’ time. Dubbed as the father of telecommuting, he practiced what he preached and did most of his work away from government buildings.

With the intention to reduce air pollution and traffic as well as to increase productivity, in 1990 the city of Los Angeles established a Telecommuting Pilot Project that allowed over 400 city employees to work remotely.

The market for digital nomads and remote workers is genuinely burgeoning these days, and the reason behind it might be The Great Recession of 2008, which made downsizing imperative. To cut costs, many Fortune 1000 companies began to get rid of physical office space and allow employees to work from home. More digital nomads equal fewer HQ buildings and less overhead, saving tens of millions of dollars.

As a result, there has been a 115% increase in full-time remote workers over the last decade and is expected to keep rising.

Kate Lister, president of Global Workplace Analytics, has her say on the subject: “The trend is unmistakable. Leading employers are cashing in on the people, planet, and profit benefits of allowing their people to choose where they want to work.”

And, of course, there’s the omnipresent internet, coupled with some phenomenal technological advancements, which made telecommuting as effortless as possible.

…but what do the naysayers say?

Many managers still can’t wrap their heads around the idea of someone who reported to them without being physically present. Hence it’s a bit harder to create a thriving organizational culture due to lack of face-to-face interactions.

However, for every challenge, there is a solution.

First and foremost, it’s essential to invest time and effort into building a thriving remote company culture, a culture specially tailored for a virtual team.

By downloading this handy e-book about remote culture, you can learn more about how to get started. Small gestures of appreciation that reflect the company values go a long way and having a pizza delivered to a remote employee can keep them engaged and create a sense of connectedness, for example. Even though the lack of face time can be tricky at times, nothing beats high employee morale and commitment.

Are these worries justified though?

Nicholas Bloom, professor of economics at Stanford University, did research that proved that jobs with flexible hours don’t necessarily have to hinder performance.

Quite the contrary, Ctrip, the company that took part in the study, revealed that by allowing employees to work from home it not only saved money on space and furniture but also increased overall business productivity. At-home workers were found to be happier, less likely to quit, and more productive than office workers.

Bloom further argues that it’s not a good idea to automatically assume that the more robotic the work, the higher the benefits. Minute-by-minute control doesn’t equate to increased productivity. Therefore it’s recommended to structure your goals and expectations around deadlines for completing assignments, rather than how many hours employees spend working. It’s quality rather than quantity that matters, after all.

Meghan M. Biro, who can tell you a great deal about what is talent management and HR technology strategy, is also an avid advocate of telecommuting and in 2014 she accurately predicted how remote would become the future of work. It’s 2017 and Jhana’s expert panel of managers suggests that the future is already here.

And figures don’t lie either. According to the 2017 Comprehensive Workfront State of Work Report, up to 53% of workers think that over half of the workforce will be remote by 2020 and 61% of office workers state that video conferencing will play a huge role in making that transition smoother.

Since remote is becoming the new norm, companies who roll up their sleeves and tackle the challenges of managing teams with working nomads will be way ahead of the curve.

So what can they do to keep themselves on track?

Shahan Mohideen, a member of Jhana’s Expert Manager panel, advises managers with remote team members to “make sure you’re giving them as much love [as office workers] and doing it through a different method to make sure that they feel like they’re a part of the team.”

It’s also important to appreciate the benefits remotes bring to the table and Mohideen further elaborates on their intrinsic qualities: “remotes have thicker skin because they’re not surrounded by people and the energy of an office. They can be a lot more disciplined and have excellent time management skills.”

It’s precisely this skill of understanding people together with clearly defined mutual goals that help any virtual team not merely to survive but to thrive. Strong values and unique company culture can indeed transcend the limitations of the physical environment.

Find people that blend into your company culture and uphold strong values is what we are best at – so contact us and start building your remote workforce today. 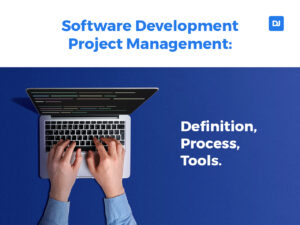