Since you’re here reading this right now, we are going to assume you use the Internet. And if someone printed this out for you to read… Well, stop reading it and go check out the Internet! It’s great!

Done that? Good – well, now that you’ve been to the internet, we can almost guarantee you’ve used something built by a company called Automattic. Why? Well,  Automattic is a company best known for giving the world the free and open-source blogging platform WordPress and for running the popular WordPress.com website. Through this, the company powers 24% of all websites on the internet today.

It has grown steadily over the years and is most recently reported as being valued at more than $1 billion. You’d think they’do have a huge, multi-million dollar building in an expensive neighborhood from where they manage and oversee this empire, but you’d be wrong: while they do have an office, it’s small, cozy, inexpensive, and nearly empty.

Automattic’s vast web empire is completely managed online, and so is their 400-person team distributed across 40 countries who don’t share an office or – perhaps even more amazingly – use email.

Why did they choose to do this? How can they work this way? And how, exactly, is this paying off for them (apart from the billion-dollar valuation, of course – we’re looking for specifics here)? That’s what we’ll explore in the coming paragraphs, as we introduce you to Automattic, a remote success story if there ever was one.

How Did Automattic Do It?

How did a company manage to grow so big and so successful without the benefit of every employee is a walk away? How did they manage to overcome different time zones, keep motivation up, and get the right people working on the right things? How did they make sure everyone was on the same page? Here are some key takeaways:

Automattic Kept an Internal Blog Open To All Employees

Tired of internal e-mail treads that quickly spiral out of control? So was Automattic – so much so, in fact, that they created an internal blog called P2 that has its own version of a Google Alerts system. In this way, everything about what’s being done is available to everyone, but employees can keep up with keywords or people that especially concern them without having to read everything that goes by.

Communication Is Open, and Constant Over Chat

Matt Mullenweg, the visionary behind Automattic, claims that the “center of gravity” for office communication is online. All the important conversations happen in chat rooms, or over Google Hangout video meetings. “No matter where you are in the world, you can be an equal participant.”, he said during an interview with Business Insider.

Hiring Is Done From the Top

Delegation is, of course, a major factor in a leader’s success, but there is one thing that Automattic’s CEO doesn’t delegate: interviews. Mullenweg screens all resumes before giving the thumbs up to one of the hiring leads. The hiring lead then pings the candidate on Skype for a completely text-based interview. If the hiring lead is satisfied, the candidate is given a paid trial project to complete on their own time. And then, if the delivery is solid, he’s sent back to Mullenweg for a final review chat on Skype – in this way, the CEO is involved from the beginning to the end of the hiring process, without overcommitting his time.

Automattic doesn’t believe that there’s a benefit for people working together, but they do believe that people benefit from coming together. This is why the company reinvests a considerable portion of what they save in office space in a huge travel budget. Any team can meet whenever they want for a “hack week” in any location in the world. And the company regularly promotes huge meetups for the majority of the employees in exotic locations – where both team building and inspired work happens.

But Why Did Automattic Decide to Go Remote?

What prompted Automattic to grow as a remote company was a simple observation of what had worked for others building the kind of software that they wanted to build – open-source software. All the great open-source projects have been community-driven and distributed – from Firefox to Ubuntu Linux. It seemed natural that a company that wanted the same kind of flexibility and constant growth in their projects would follow the model.

However, as they went on, they quickly discovered that there were unexpected benefits to running a company this way, benefits that reinforced their decision, and have given them a reason to never look back.

What Did Automattic Gain From Going Remote?

One could argue that Automattic was successful despite being wholly remote, not because of it. But that would mean failing to see the forest for the trees.  Mullenweg is adamant that the structure had a key role in the creation of the company’s famous software – for example, when they take employees in trips as described above, he says that productivity shoots up and major breakthroughs are accomplished: “[During these trips] There’s new code pushed out to WordPress.com over 100 times a day.”

And of course, like all remote employees, the company has the edge in being able to hire the best talent without borders. What about that programming savant that decided to live in Texas to be close to his parents? He doesn’t want to move to San Francisco to work for a big tech startup – but he’ll happily work from home for Automattic.

But more importantly, Automattic is not just getting the best people – it gets to keep them, too. By allowing their employees to work from home (or offices, if they desire – Automattic will allow employees to rent coworking spaces and fully reimburse them) the company sees employee satisfaction rise so high that it can boast having some departments with a 100% – yes, this is not a typo, it really is one-hundred-percent – retention rate. How’s that for employees being committed to a company?

DistantJob Can Help You Tap Into This Strategy

You don’t have to be a fully remote operation like Automattic to reap these kinds of benefits. We at DistantJob can help you find expert coders to fill key remote positions, and give you the peace of mind that comes with having highly motivated employees that are among the best in the world working on your projects. 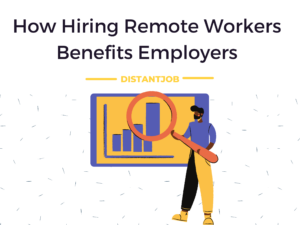 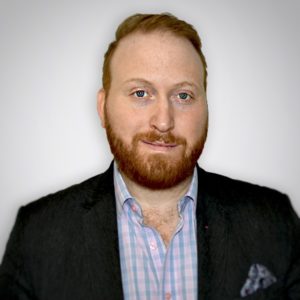