Why Hiring Remotely a UI/UX Developer with DistantJob?

As soon as you talk with us or fill our form, the first thing we do is analyze your company. We set up a call with you to understand your culture and the type of people you value working with.

We reach out to hundreds of candidates that we think might be a possible match for you. In 2 weeks, you’ll start reviewing people that match your requirements. We focus on providing you 3-5 top candidates instead of giving you an endless list.

3.Contracts, payments, documentation, security - we take care of everything:

Once you select the candidate, we handle all the contracts and payments from day 1. We also take the legal steps required to protect your IP.

How to Hire A UI/UX Developer at Half of the Usual Cost?

Everyone wants to hire the best UI/UX developer, but not everyone is willing to pay for it. Consequently, thousands of companies and startups focus their hiring efforts on freelancers or outsourcing companies.

And while freelancers are an effective alternative for those businesses who need a professional for a specific skill set, it can become a problem when developing long-term projects.

Likewise, when you hire a certified UI/UX developer with an outsourcing company, the main problem is that you don’t have direct management over them. These companies will always work as intermediaries between you and the developers.

The good news is that hiring UI/UX developers is possible through other options. With remote recruitment agencies like DistantJob, you can have a full-time remote UI/UX developer who will successfully adapt to your company culture and will be aligned to your vision and mission.

And in terms of costs, the best thing about hiring remote developers is that you get to hire talent at affordable rates. As there are countries with a lower cost of living, you can pay an above-average salary and still save money while hiring exceptional UI/UX developers.

What is UI/UX Technology?

UI and UX are often used interchangeably as if they were the same thing. However, although they focus on the front-end of websites/applications, they have significant differences and work for different purposes.

UI stands for User Interface, and it consists of the graphical layout of an application. From buttons, texts, and images to dynamic content like forms and pop-outs, users interact with all items. And UI programming focuses on developing these elements and ensuring they look aesthetically pleasing.

On the other hand, UX stands for User Experience, and it prioritizes how users interact with applications/websites. This means that UX programmers focus on building a smooth and intuitive experience for users who visit the website. They determine the interface structure and the functionality, how everything is organized, and how the parts relate to one another.

UI/UX Developer Skills to Look For

These are the top 5 skills to look for when hiring UI/UX developers:

A wireframe is a layout of the webpage that shows the interface elements on key pages. Part of a UI/UX developer’s role is to decide which features to display, which ones to omit, where to position and present them so that users will easily interact with them. Once the wireframes are approved, developers need to work on mockups – the preliminary model of the website/application.

Every decision UI/UX developers make of an application needs to be studied and researched. This involves areas such as cognitive psychology to computer science. Therefore you need to ensure that your UI/UX programmer studies and informs before making any decisions. This will help them easily identify their target users, create user personas and gather data to make important decisions. From the colors used in buttons to how a button or text is displayed, everything impacts how users perceive and use an application.

UI/UX developers need to be fully versed in visual communication. Users need to quickly understand what each icon represents to have a great experience. If they don’t understand the elements displayed in a website or the icons, chances are they won’t use it. Effective visual communication skills are about minimizing the need for instructions and using visual elements to guide and help users understand where to go next and find information or any need they might have.

The best applications and websites enable users to take any action with minimal effort. UI/UX developers need to design elements covering everything from aesthetics to motion. They need to understand user flows, information access, and the effectiveness of screen layout.

HTML, CSS, and JavaScript are the three basic and fundamental technologies all UI/UX developers need to be well-versed in. HTML provides the basic structure of sites, and through tags, it identifies the different types of content a website has and the purpose each of these serves. CSS is in charge of dictating how all these HTML elements will appear on the front end. And finally, JavaScript is used to motif website content and make it behave in different ways according to the user’s actions.

The salary of a UI/UX developer depends on years of experience and location. Also, if you want to hire a remote UI/UX, other factors such as their English level, their experience working remotely, among others, can impact the salary.

In the United States, according to different sources, this is the average salary of UI/UX programmers:

While an annual salary of 100K can be a lot for some companies, there are other countries where the salary is lower. For example, in South America in countries like Argentina, Brasil, Chile, or Colombia, the average salary of a UI/UX developer ranges between $60,000 and $75,000 per year.

UI/UX programmers focus on providing users with the best experience possible. They make the most of content management systems to maximize the consistency, user-friendliness, visibility of your website. And because of this, users are easily engaged with your brand, and you have higher possibilities of increasing your number of clients.

Performance is a make-or-break factor in websites. Plus, it impacts the quality of your website in terms of visibility, as search engines like Google favor those websites that have fast and consistent pages. If you hire UI/UX developers, you’ll get to transform your website into an optimized and fast one.

Data analysis is something that every business should prioritize as it can give you valuable insights about your customers and the users. And UX/UX aims to match the user’s mind with what you offer. Developers can translate data into insights and translate them into goals that align with what users are looking for. Consequently, you’ll be able to increase your revenue and customer satisfaction.

Millions of websites are offering exactly the same thing you offer. How to stand out from the crowd? The key is building optimized and quality content that engages users to say with you and not with the rest. Bland and generic designs are a turn-off for most, so having UI/UX developers will not only help you have an aesthetically pleasing design but also a fully functional website that users can understand and use.

The great thing about prototyping is that you get to see what works and what doesn’t. Users can try out these designs and report what makes sense and is easy to use and what other aspects of the website/application are difficult to understand. Instead of releasing the product, you get to polish the final details, achieving better results with less work and lower costs.

Ready to hire the best developers, 40% faster than the industry average? Give us your email, and our account manager will get in touch ASAP! 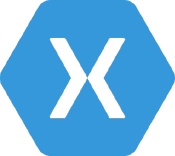 I NEED A JOB
By continuing to browse the site you are agreeing to our use of cookies.