Bringing the Lone Wolf into the Pack

Not all the stereotypes are unhelpful though. Many companies are looking to recruit that one developer who can code all day and all night, like a pro. The guy who takes control of the whole project, can make your design dreams a reality and just always hits the deadlines.

When people think about this stereotype, they’re thinking about characters like Matthew Broderick’s David from War Games. Or maybe Sandra Bullock as Angela Bennet in The Net. A savant with zero people skills but the drive and ability to code like a demon.

The reason this stereotype is so pervasive is that there’s some truth to it. There is a subset of coders who like to work alone, who are more than willing to take on responsibility for the whole codebase. They’re brilliant, but they don’t play well with others.

The Problem with Lone Wolves

It can be a huge relief to have a coder who is willing to manage the code, especially if you’re not from a technical background yourself. But the problem with devs who work in isolation is just that. When you don’t have other people to consider, then bad habits can slip in that are a detriment to the whole codebase.

You get spaghetti code, often without any comments to help other developers navigate their way through it. Obsessive coders also tend to repeat code rather than working in a modular way; they like to code, so why not just write it again? But that ends up with a bloated code base full of redundancy.

And we’ve said many, many times; communication is the key to a successful remote team. If one of your developers isn’t playing the team game, it causes problems. While you might be getting an incredible number in terms of lines of code, are they all contributing towards the current goal? It can be hard to tell.

Worst-case scenario, a Lone Wolf can be difficult to work with. They get protective of the code base and block others from making changes. Getting too attached to the idea of ownership can mean they take criticism of the code very personally.

So, the ideal thing is to try and tame your wild developer, to bring the lone wolf into the pack. But how can you do that?

The minimum standards for behavior and productivity should be set out in your remote work policy and the job description. Distributed teams need more guidelines, not fewer. The standards you expect for your code ought to be formalized in a programming style document. If you don’t have any of these documents, now’s the time to create them and distribute them to your team.

If you do have the documentation, then you need to enforce it. It’s generalizing, but the sort of people who are drawn to remote working tend to be self-starters, they don’t generally need handholding. That’s great, but you still need staff who are following the general plan. If a lone wolf starts to deviate, then you need to have a conversation.

Here at DistantJob, we like the combination of the Agile Development Methodology and a remote team. One of the reasons for that is that Agile keeps teams in daily communication. It’s more than possible to run a daily stand-up meeting virtually using Slack, even if you do it asynchronously.

The daily check-in helps the team to bond. By sharing what you’re working on, what issues you’re experiencing and what comes next you help your team members collaborate and understand each other’s strengths. That feeling of belonging is what will encourage your Lone Wolf to become more of a team player.

Don’t allow anyone of your developers to take ownership of your codebase. All your developers need to be able to get to all of the code, so bypass blockages by keeping a central repository for your code. Version Control Software will make sure that everyone can take a look at modules, make changes and get them tested.

If you feel like one of your developers is the only person who knows all or part of your code base, then it’s time to change that. If you’re asking yourself, ‘What would I do if Angela Bennett got hit by a bus?’ then you have an issue. Ask your lone wolf to spend some time explaining their work to another one of your developers. Pair Programming is a good way to ensure that no one can hold you to ransom.

Be Clear About Scope

Your developers need to know what they should be doing now, and next. Because Lone Wolves tend to work long hours and be perfectionists, they can sometimes stray outside the work they’ve been asked to do. It’s out of a desire to be helpful, but you don’t really want them re-coding something that works perfectly well just because they would have done it differently.

Project Management tools can help to break down the next goal into actionable tasks. Keep your lone wolf’s task list topped up, so if they are on an all-night coding jag, they are at least working on what you want them to do.

Lone Wolves can be brought successfully into the fold, and if you’re prepared to put the time in to accommodate their quirks, they can be a great asset to the team. But the easiest way to get a remote team that works the way you want it is to make the right hiring choices.

That’s why if we send you a potential candidate, we’ve already vetted them. Not just to make sure they are technically brilliant, but also for the ability to work remotely effectively. Every CV we send will be someone who knows how to deliver great code as part of a distributed team.

If you’re in the market for another Rockstar developer to add to your team then we can help. Get in touch today, to discuss your requirements and let us put you in touch with your newest pack mate. 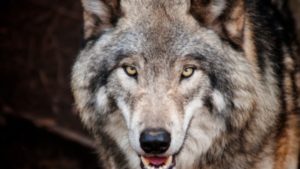 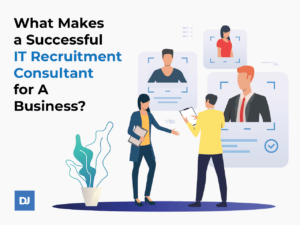 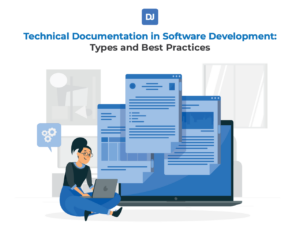 What do you do when you need to organize multiple tasks in a few days? Usually, you write all the tasks in a to-do list, […]