Ever since Frederick Winslow Taylor did his time studies at Midvale Steel, business owners and managers have been looking for ways to boost productivity. Until recently, however, they might not have thought of using remote workers. That's a shame because there are at least five ways that remote workers increase efficiency.

It Lets Employees Work When They Are A Little Sick

The bane of many businesses is the sick day because the company loses crucial labor without any warning. Let’s face it though, the most common reason for a person to call in sick is that they have a touch of the flu or a little cold. In fact, out of the 137.3 million working days lost in 2016 due to sickness, 34 million were due to ‘minor’ illnesses.

It's understandable: nobody wants to get their co-workers sick, and a cold can undoubtedly make focusing in an office hard. However, a little sniffle does not prevent anyone from performing most of the tasks necessary for a job. A person who works remotely can keep going through their cold and still not infect others.

It Allows Parents To Work When Children Need Them

Parents often lose work days because their children need them. School is closed due to an emergency, or the child develops a fever, and the parent can’t find a babysitter. This means that they have to call in sick. According to one survey, 67 percent of parents have had to do this. This is not an issue with remote workers since they can supervise the child while working.

Remote work is a boon, particularly for new parents. Child care is often expensive for infants and toddlers, so parents that work outside of the home are often forced to cut back their hours. With the ability to work with the baby on their lap, they can work as long as you need them.

It Allows Workers To Maximally Customize Their Workspace

Workspace customization is a bigger deal than it first seems. A series of studies conducted in the UK found that employees who had control over their environments worked better. In particular, there was a study that compared four groups of people tasked with the same job in 4 different settings: a barren one, a decorated one, one that was furnished by the boss, and one that the subjects decorated. The group that got to customize their workspace were 32 percent more efficient than the group working in a bare environment, blowing past even the groups where the boss did the decorating. People just feel better about their work and are better able to concentrate if they can design their space.

You also don’t have to worry about how one person’s customization will affect anyone else. If your remote worker has to blast Nine Inch Nails to be genuinely comfortable, nobody cares.

It Limits The Temptation To Micromanage/ Mismanage

If you are in HR, you have probably fielded at least one complaint about a middle manager who frets over every detail of an employee’s work. This micromanaging makes employees question their abilities and lose productivity. Part of the reason that some middle managers do this is that they want to ‘help’ employees avoid mistakes, but what they see as mistakes may, in fact, be innovations or the employee working in a way that suits them. Remote work removes the ‘mistake’ from the ‘helpful’ middle manager’s view.

Micromanaging is not the only vice a middle manager can indulge. Perhaps you have a middle manager who you can’t fire but just does not manage well. He or she vacillates, berates underlings, or slacks off. This situation ruins productivity, causing employees to take longer breaks and call in sick more often. A remote worker has limited contact with the mis-manager, and what a mis-manager can’t see, he or she can’t mess up. In this case, remote work protects their morale and productivity. Thus, you can put off firing someone that will be hard to replace without damage.

Many people find the idea of working from home attractive, but the ones who genuinely make a living at it have traits that make it a particularly good fit: they motivate themselves, they work best with a flexible schedule, and they prefer to work in their way. These folks know that this is their best fit, and they will go all the extra miles available to keep a job that lets them work this way. When you have at least some of your labor force going full tilt out of gratitude, you are both getting the most out of those workers, and all the other workers that are inspired by their enthusiasm.

The benefits of a remote work team are many but boosted productivity is probably the most relevant to any company. If your company wants to recruit remote workers, you should contact us to help you find candidates. We excel at creating productive remote work teams that you can be proud to have working for you. 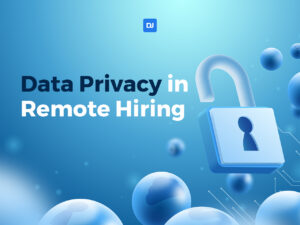