Wait…So you Manage a Remote Team? 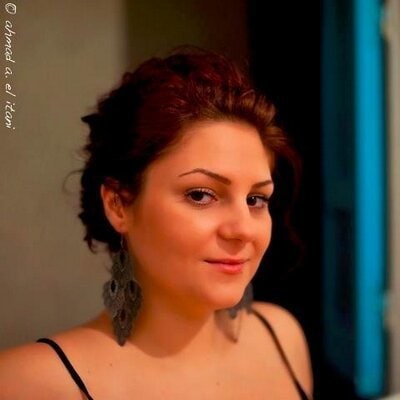 If somehow you’ve managed to put yourself in cryogenic sleep for the past 10 years ago and just woke up, first thing you need to know is that we landed a robot on Mars, and that working from home and being part of a remote team is quite a big thing nowadays.

According to a 2015 Gallup poll, 37% of the US workforce is working remotely and that number is on the rise. Now, just like some people still believe that the world is flat and there is a “round Earth conspiracy” being propagated by the powers that be, telecommuting, or “work from home” as we know it, it is still surrounded by a lot misconceptions and stigma. Just imagine yourself trying to explain to people that you are part of, or manage a remote team. Let’s just eavesdrop on a conversation that our favourite remote manager Fred had the past week over dinner.

“Hello Fred! It’s so nice to have you for dinner. Haven’t been going out much, have you?” asked one of the more inquisitive dinner guests.

“Well, I’ve been quite busy with work lately,” Fred replied.

“So you do have a job? But aren’t you home all day,” inquired another guest.

“Yes, I am, but staying at home and having a full-time job are not mutually exclusive,” said Fred.

“Hahaha…yes we’ve heard about “those” jobs. It’s like a videochat right?” asked one of the more other guests in a humorous tone.

“Hmm, not really sure what you’re hinting at here, but yes, my job entails a lot of conversations with my team via video, but not in private online chat rooms” replied Fred.

“It was just a joke, don’t take it personally. How about you tell us more about what you do,” the guest inquired.

Fred cleared his throat and braced himself for the questions that were going to follow. He had been in this position ever since he decided to quit the office job that was boring him to death.

“Of course. I manager a virtual team of 9 people spread across the globe,” he replied.

“Wait…what is a virtual team and how can team management work when the members of your team are spread across time zones?” the host of the dinner asked.

“Well…it’s also called a distributed team, if that rings any bells,” replied Fred and from what he could notice no bells were rung.

“The members of my remote team are indeed spread across time zones, but that has never been an impediment in our performance. Once a week we have a team meeting where we discuss the progress of our current tasks and plan for the week ahead. The key to it is solid scheduling, mutual respect and camaraderie,” Fred explained.

“Some people are natively organized, but if you’re not a planning freak, or don’t have a lot of experience in the field, you can always look at what the experts say and find some useful tips and tricks about management across time zones,” Fred continued with his argument.

“Wow, Fred, that actually sounds great. The funny thing is that, even though your remote team is spread across the globe, you seem to be able to talk to them more often than I do with mine…and we’re all located in the same building,” complained the host.

“It’s so hard to get them all together in a meeting room on a weekly basis that I gave up on the thought and implemented a monthly meeting system, presence mandatory, or else. Even so, some people miss it,” he continued.

Fred smiled. He rarely heard his friend Josh, who was hosting the dinner, talk about his job before.

“Speaking of people; how do you choose the right ones for the job? I mean, not everybody likes to work from home,” asked Josh.

“Yeah, not everybody is suited for remote work, some like an office job,” Fred agreed.

“The secret here is the hiring process, especially the way you conduct interviews with candidates,” Fred continued in an expert tone.

“You need to find excellent people who are a good fit for your culture. Like I’ve mentioned before, by observing what the leaders in the remote field do, I’ve discovered several strategies that I can employ during the interview process to make sure that I’m not only hiring a great person, I’m hiring the perfect person for the job,” said Fred savvily.

“Interesting, I didn’t know that hiring the right person for a job is such a complex matter. I myself am barely involved in this, only in the later stages of the recruitment process,” Josh said.

“I always trust that the staffing agencies I work with, to whom, by the way, I pay big bucks, will bring me top-notch candidates,” Josh continued in an almost arrogant tone.

“Is that so? Were you always taken aback by the candidates selected by a traditional recruitment company?” inquired Fred.

“To be completely honest, not really. But, as you know, hiring the right developer has always been a sensitive matter and since the candidates brought in by my recruiting company come highly recommended, and since I payed a lot of money for the process, I just go with it,” said Josh.

“You know how it works: the pool is shallow and we make do with what we have,” Josh continued, with a bit of disappointment in his voice.

“I don’t believe that at all. The pool is quite deep; in fact it’s more of an ocean than a pool, you just have to know where to look,” Fred replied.

“But, Fred, I’m a busy man, just like the rest of us at this table. I don’t have time to do or correct the work of a recruiting company,” argued Josh.

“You don’t have to. Just select the right one from the beginning and save yourself the headache,” countered Fred.

“I’ve been working with this staffing firm for a while now and, to be honest, I wouldn’t even know where to start looking,” Josh said.

“Can you recommend something? Who have you been working with to put together the remote team that you speak so highly of,” Josh inquired.

“DistantJob, of course,” said Fred proudly. “They’re really not your average staffing solution, more like a boutique agency. Plus, they don’t work with your local shallow pond; they search the globe for the next top developer. They will come back with candidates that are truly knowledgeable and then you can just go ahead compare, interview and hire the best candidate,” Fred continued in one breath.

“How can I make sure that I get a truly qualified candidate?” Josh asked, clearly skeptic about the idea.

“Well, their selection process is quite rigorous. Their recruiters are senior IT specialist trained to be recruiters, not just recruiters who exposed themselves to a bit of technology,” replied Fred.

“And if you’re not still convinced, you can look at all the companies they helped like: Amaya, Benchmark or Upaknee,” Fred continued.

“I had no idea these companies had remote workers. Wow! I might actually drop them a line since I’m on the market for an SQL developer. Thanks, Fred!” said Josh.

“Don’t mention it!” replied Fred quite happy with himself. He couldn’t believe that this dinner went smoothly; better make a run for it before they start discussing politics, Fred thought to himself.

“I have to run now; gotta be getting back since I need to prepare for my weekly team videochat,” said Fred, and everybody let out a fake laugh.

As you can see, dinner conversations can stretch for a long time, especially when discussing work. All the more when trying to fight the skepticism of your mates. However, I think our favourite remote manager, Fred, did quite a good job turning around the public opinion. What do you think?

Lili Mihaila is a freelance writer who works with DistantJob to research and synthesise the best remote work related content into practical, accurate and actionable guides and articles on how to improve remote leadership and better manage your teams.

Best Practices to Write a Good Job Description in 2020

Need to hire someone for your team? Rather than excitement, this leads to frustration most times. Hiring is not easy, especially when you want employees

6 Stats that Will Change the Way You Engage Dispersed Teams

Dispersed teams are the trending topic of these days. A few decades ago, working from home wasn’t a possibility for most employees. Not only because

2020 is the year that changed everything. Companies realized that they could work without having to be at an office micromanaging their teams.  And because

Web technologies have grown significantly during the past years. As time passes by, more and more companies are seeking to have a strong online presence

Ask About our HR Services
By continuing to browse the site you are agreeing to our use of cookies.